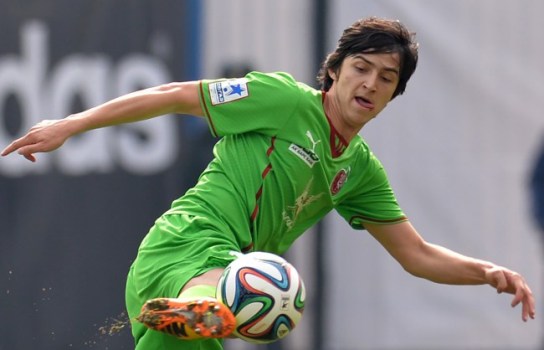 Arsenal is prepared to fight it out with Italian giants AC Milan in order to sign Iranian star striker Sardar Azmoun from Russian club Rubin Kazan.

Having already been dubbed the next Lionel Messi the 19-year-olds talent has not escaped the attention of Arsenal manager Arsenal Wenger according to the Daily Express.

Azmoun when speaking to Russian television show 90 said: “There already are solid offers coming from both Arsenal and AC Milan.

“Both their representatives are about to meet Rubin Kazan management next Thursday.

“I’m really happy for such clubs being interested in signing me, and playing in Premier League would be a dream coming true.

“But now I’m just focused on the remaining part of Russian championship.”

The young forward only joined the Russian outfit from Iranian club Sepahan in January last year yet his performance in the Russian league seems to have booked him a ticket to either England or Italy.

The speculation is that Rubin will let him leave for around £2 million.