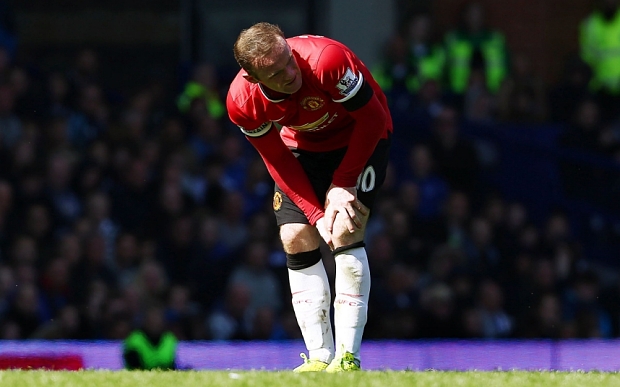 Manchester United captain Wayne Rooney is set to miss the clubs next two matches against West Brom and Crystal Palace, with fear that he could now be out for the rest of the season.

Rooney was seen limping around after colliding with teammate Ander Herrera during the 3-0 loss to Everton at Goodison Park last weekend; with the initial diagnosis suggesting the England international needs a two-week rest.

Should Rooney not respond favourably to treatment there are fears that he could also miss the vital clash with Arsenal and also the final game of the season away to Hull City.

This would also place a question mark on whether or not he should be risked to play for England in the friendly with the Republic of Ireland on June 7th and also the Euro 2016 qualifier with Slovenia the same week.