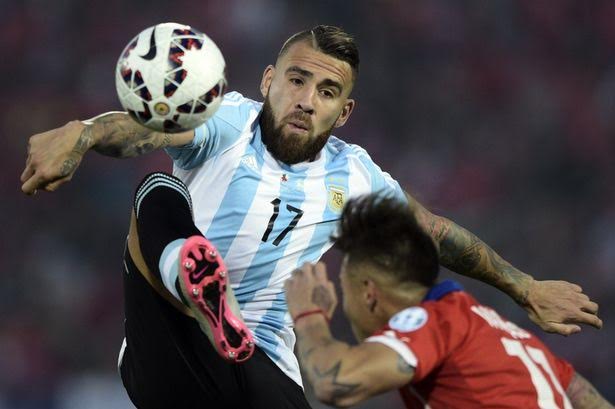 Argentinian international Nicolas Otamendi has asked if he could be excused from training yesterday as a move to Manchester City appears to be on the cards.

For weeks now the Valencia defender has been linked with a move to Manchester United, and even more so following the Red Devils missing out on Sergio Ramos after the 29-year-old decided to sign a new contract at the Santiago Bernabeu.

Sky Sports is now saying that United will not sign Otamendi and that he will go to City with flop Eliaquim Mangala heading to Spain.

City signed Mangala from Porto last summer for £32 million, yet he has failed to make an impact at the Etihad, with the French international making just 31 appearances in all competitions.

While reluctant to sell their star defender for anything less than his £35 million buyout clause Los Che is now willing to do a player and cash deal if it involves Mangala moving to the Mestalla.