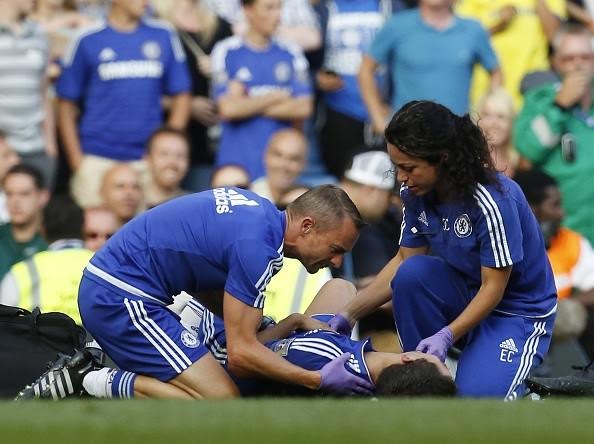 By now we are sure you have already had enough about the “Special Ones” decision to ban team Doctor Eva Carneiro and Physio Jon Fearn from the bench for the match against Manchester City on Sunday, with Daily Mirror columnist Robbie Savage calling it nothing more than a smokescreen to camouflage a disappointing result and poor performance in the season opening draw at home to Swansea, and that he must live with the consequences of his ruse backfiring.

According to Savage Jose Mourinho has made a mistake after hanging his doctor and physio out to dry in public following the incident when Belgium international Eden Hazard went down on the pitch and called for treatment, with the Portuguese manager claiming they should never have gone on the pitch as Hazard was not hurt, but only looking for an excuse to rest.

“Down the years I had shouting matches, shed tears and shared intimate secrets in the treatment room. It’s no exaggeration to say physios saved my career more than once”.

“At Birmingham, I was indebted to Neil McDiarmid for his expert care when I broke a bone in my neck. Blackburn physio Dave Fevre and Doctor Phil Batty could not have been more attentive when I broke my leg in 2007”.

“And when my career was at a low ebb, on loan at Brighton the following year, Dr Tim Stevenson took duty of care to such limits that he became a friend of the family”.

“Medical staff are so important in the fabric of a football club that you share information with them you would only tell your close family – because their only agenda is to do what is best for the player’s well-being”.

“These people are like agony aunts and uncles. You confide in them – sometimes you might beg them not to tell the manager if there’s a niggling injury that might prevent you playing in a big match next Saturday – and you trust their judgement”.

“That is why I cannot understand what Mourinho had to gain by falling out with Carneiro and Fearn”.

“On this occasion, I think Mourinho got it wrong”.

“Chelsea will find it hard enough to defend their title without their season being derailed by needless in-fighting on the bench”.