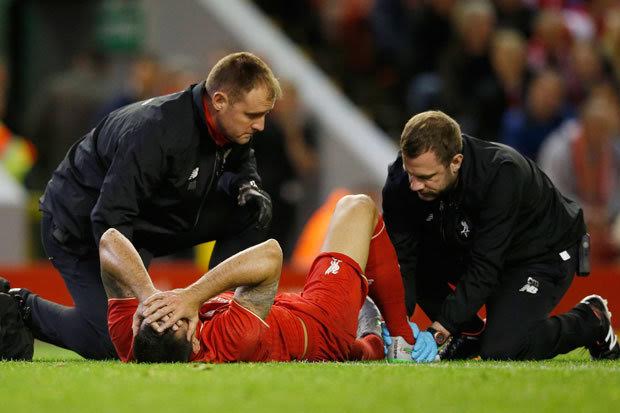 Liverpool has now suffered their third injury blow to add to the loss of Jordan Henderson and Christian Benteke after seeing centre half Dejan Lovren being stretchered off the pitch last night with suspected ankle ligament damage that could now see the Croatian international side-lined for two months.

The 26-year-old landed awkwardly in the Capital One Cup tie against League 2 Carlisle at Anfield last night, and had to be given oxygen as he was carried off the pitch with Reds medical staff fearing the worst.

Lovren will undergo tests today to see how bad the injury is but the initial thoughts suggest he could join Jordan Henderson and be out for two months while Benteke is expected to return in a couple of weeks from a thigh strain.