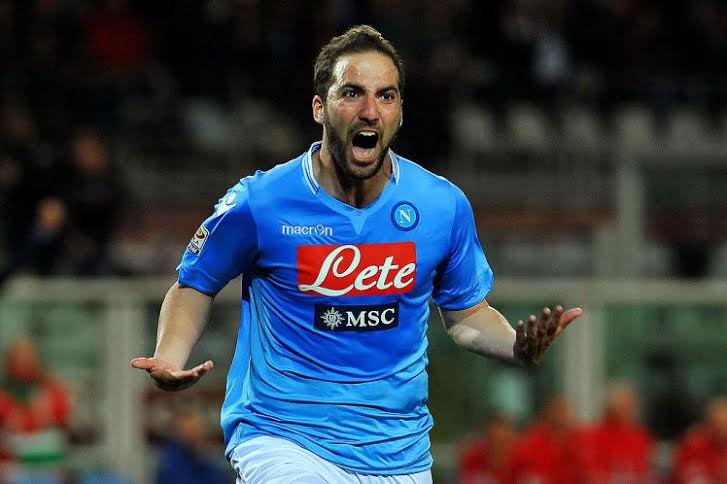 Napoli striker Gonzalo Higuain has apparently agreed to join Manchester United during the summer in a massive deal that will see the Argentinean international earn a whopping £7.8 million per-year.

According to reports manager in waiting Jose Mourinho held a secret meeting with the 28-year-old forwards agent and was successful in convincing the Serie A star to join him at Old Trafford.

Former Chelsea boss Jose Mourinho is expected to replace Louis van Gaal at the end of the season, and despite the Dutchman still being in charge at Old Trafford right now, the club is preparing the ground work for Mourinho, which includes players that the Portuguese manager wants to sign for the club.

Higuain has set the Italian league on fire this season scoring 29 goals in 38 appearances for title chasing Napoli who as we go into the final stretch find themselves just three points behind league leaders Juventus.

The story of Higuain being signed by Manchester United comes from Italian journalist Emanuele Giulianelli, who claims that Mourinho met with Higuain’s brother and agent, Nicolas, earlier this week and that a five-year deal worth around £7.9m-a-year was agreed to bring Higuain to Old Trafford this summer.