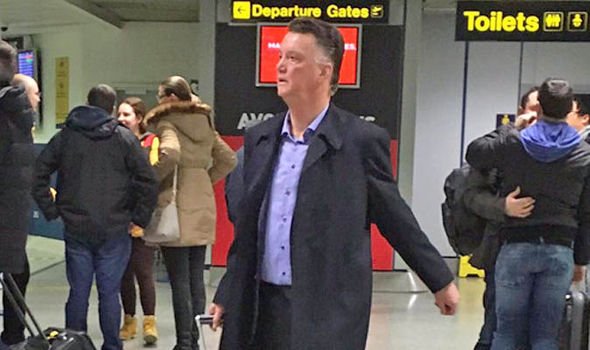 Manchester United manager Louis van Gaal arrives back in town today after a brief spell visiting his family in Holland, where no doubt questions were asked as to whether at his age he really needed all the pressure that goes with being the manager of one of the world’s biggest football clubs.

Some sources are already claiming that the 64-year-old tried to resign following the 0-1 home defeat to Southampton last weekend, but that United executive vice-chairman Ed Woodward managed to convince him to stay.

Meanwhile former Chelsea boss Jose Mourinho is sitting patiently in the wings waiting to be asked to take over the club, while assistant manager Ryan Giggs has made it plain that he will not act as interim manager like he did when David Moyes was fired and would only take the job if it was a fulltime appointment.

Here at Soccer Transfers we feel that the momentum for van Gaal to go is so great now that there is no stepping back from the cliff, with the former Bayern Munich and Barcelona man just one bad result away from leaving Old Trafford.