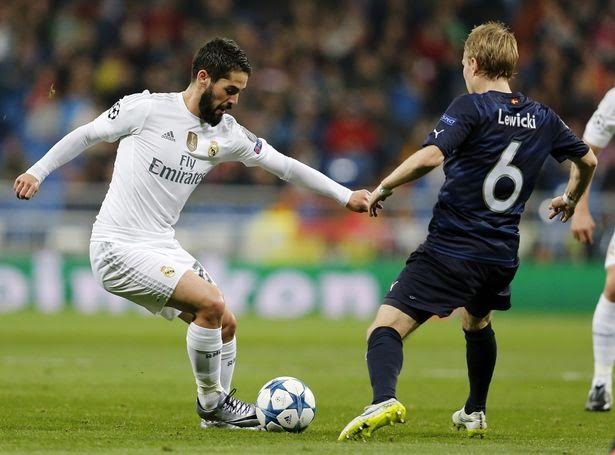 Real Madrid midfielder Isco looks as though he may be the subject of a three way battle between Manchester City, Chelsea and Juventus.

Manchester City is believed to be interested in signing the 23-year-old on loan till the end of the season, before making the Spanish international’s move a permanent one next summer.

Chelsea meanwhile have their sights set on a summer move, while Italian champions Juventus just want Isco on loan according to the Daily Mirror.

Isco is worried that his lack of playing time under former Real Madrid trainer Rafa Benitez could cost him his place in Spain’s Euro 2016 squad, but it will now remain to be seen if changes to the situation will occur now that Zinedine Zidane is in charge at the Santiago Bernabeu.

Prior to his move to the Spanish capital, Malaga boss and now head man at Manchester City manager Manuel Pellegrini wanted to bring Isco to the Etihad, and now with all the uncertainty surrounding his former player, he will be able to take a second bite at the apple, by convincing the young Spaniard that it would be good for his career to move to the Premier League.