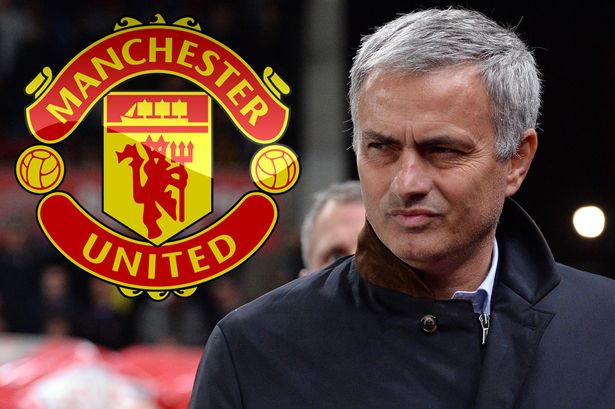 With the prospect of former Chelsea manager Jose Mourinho taking over at Manchester United, we thought we would take a look and see how we think things may look around Old Trafford should the Portuguese manager take the helm.

First off, there is no denying that Mourinho wants the job, and despite all the years he spent at Stamford Bridge, you have to imagine that being in charge of the Premier Leagues biggest club has always been his dream.

Should the “Special One” be appointed manager the first changes at Old Trafford would be in the coaching staff, with Mourinho installing his loyal backroom boys of Rui Faria, Silvino Louro, Jose Morais and Carlos Lalin.

This would mean all of LVG’s staff would have to leave including goalkeeping coach Frans Hoek, with the question over what to do with assistant manager Ryan Giggs still unanswered.

We here at Soccer Transfers would imagine that the Welshman remaining as Mourinho’s assistant would be in the contract that Mourinho was offered, but knowing Giggs, he is more likely to seek out his own manager’s job rather than play second fiddle to a man with the ego of Mourinho.

Until this season and Mourinho’s sacking by Chelsea, we all thought we knew the 53-year-olds tactics of playing a team that was built upon a solid defensive that was capable of seeing games out once the Blues were in the lead.

Thanks however to a group of aging players it did not work for Mourinho this time around and he paid the consequences for failing to nurture young talent, something you cannot say Louis van Gaal has failed to due during his time at Old Trafford.

As United sits right now, Chris Smalling would be the key man in Mourinho’s defence, while the days of playing Daley Blind and Marcos Rojo’s as a makeshift centre-back would be numbered, with Phil Jones being utilized at right-back while competing with Matteo Darmian.

As for midfield, Michael Carrick’s time would surely be up, with Mourinho proffering Schweinsteiger to Schneiderlin as he has already shown while at Chelsea by not getting involved with Tottenham and Arsenal while they were trying to sign the Frenchman ahead of United.

Juan Mata would almost certainly start packing if he heard that his former Chelsea boss was about to become the top man, but it could prove to be a fresh start for his Spanish teammate Ander Herrera who Mourinho could play in the same way he used Oscar at Chelsea.

As for Rooney he just needs a few more goals to beat Sir Bobby Charlton’s all-time scoring record and he is probably off to China to nail down a big pay day before retirement.

Any possible chance United may have had in luring Cristiano Ronaldo back to the Theatre of Dreams will surely go by the wayside, as will the hope of bringing any other Real Madrid star to Old Trafford with the exclusion of Raphael Varane, who we know Mourinho wanted to bring to Stamford Bridge.

We would also expect Mourinho to continue to try and sign Everton’s John Stones, a player we feel would suit Manchester United to a tee, and who has already expressed his desire to remain living in the North West rather than move to London or play abroad.

One failing Mourinho has is giving youngster’s a chance to prove themselves, as was the case with Romelu Lukaku and Kevin de Bruyne, and is something United must address before making Mourinho their new manager.

Manchester United is a club steeped in history and not a plaything for a manager who puts his own personal success above that of the team, as is the case with Mourinho.

In order for things to work out, Mourinho must accept that becoming the boss at Old Trafford is a privilege and not a way to get your third Champions League title with three different teams.

Personally we would rather see a coach like Ronald Koeman in charge at Old Trafford rather than Mourinho, but that’s just our opinion.

One thing is for sure though and that time must be called on Louis van Gaal and his style of football.