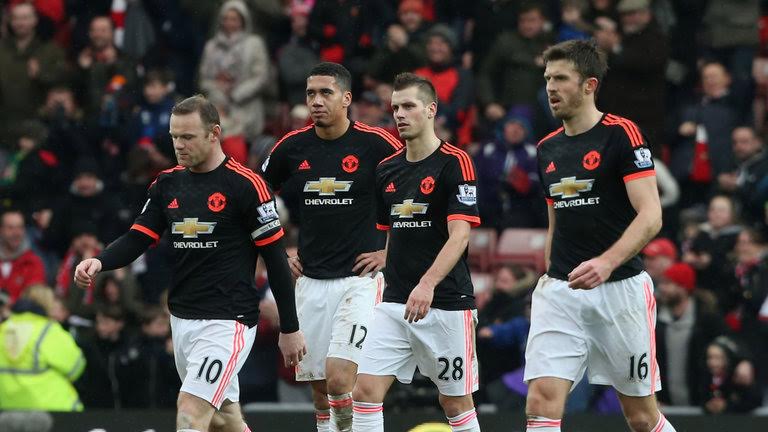 Manchester United star forward Wayne Rooney has admitted his side were not good enough to beat Sunderland yesterday, and now the clubs only hope of salvaging their season relies on them winning the Europa League, a competition they never wanted to be in to begin with.

With the Premier League’s top-four sides playing each other on Sunday, United had the chance to make up ground on their rivals but failed miserably.

With the Premier League’s top four playing each other on Sunday, Manchester United had the opportunity to pick up points towards a top four finish, but failed miserably losing 2-1 away to relegation battling Sunderland.

As the club now prepares for their Europa League clash against FC Midtjylland on Thursday captain, Wayne Rooney now admitted they have a hard battle ahead to save the season.

“I don’t know how it will work out, but it will be difficult to get into the top four now,” Rooney said.

“It might be that the Europa League is the way to get into the Champions League. We didn’t want to be in the Europa League. But now we’ll have to try to win it and start again on Thursday in that competition.”

When speaking about the Sunderland game, Rooney conceded they got the result they deserved.

“It’s a sad day for us. It was disappointing in terms of losing three points, but somehow we have to try to move on.”