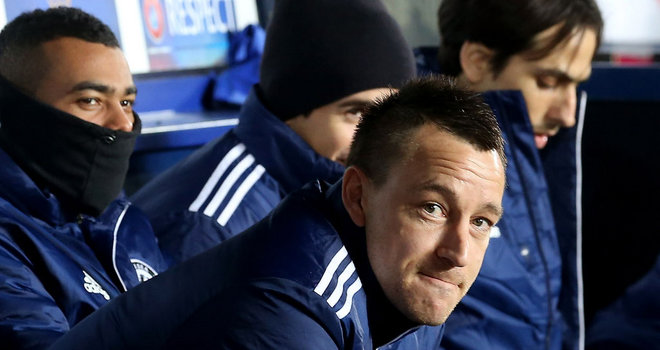 It would appear that the decision makers at Stamford Bridge are sticking by their policy of only offering one-year contracts to players that are over the age of 30 while also cutting their salary.

According to the Daily Mirror John Terry has been offered a new one-year contract but on half the salary he was used to earning.

The club captain’s current £150,000 per-week deal comes to an end this summer, and if he wants to stay on at the club he must accept the new terms.

Despite enduring a good current season with Chelsea this news has now thrown the 33-year-olds future at the club in doubt.

Terry who has been at the club since a teenager must now decide his future with Turkish giants Galatasaray almost certain to offer him a much better deal than Chelsea not to mention some other Premiership clubs that would not mind having the former England centre-back in their teams.

Club manager Jose Mourinho would of course love to see Terry stay but the clubs hierarchy are sticking to their policy which will also affect Frank Lampard and Ashley Cole as the club embark on a major overhaul this summer.