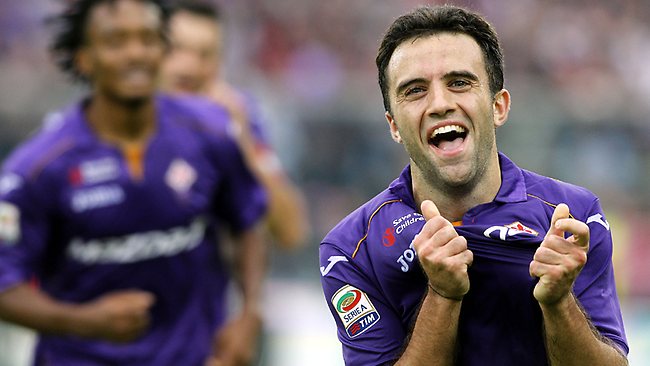 Not happy with the way things have worked out with Roberto Soldado, who Spurs signed last summer from Valencia for £26 million, and the fact that Jermain Defoe is looking like moving to Toronto to play in the MLS, the north London side is desperate for a proven goal scorer.

Reports suggest that technical director Franco Baldini is working hard to identify a January striker with top of his list Fiorentino’s Guiseppe Rossi a former Manchester United youngster that has been having a good season with the Serie A side scoring last night in his clubs 4-3 win over Verona.

Despite the fact that Spurs Chairman Daniel Levy is a big fan of the striker £30 million seems to be a rather high amount for a player that has been plagued with knee injuries.

Paris Saint-Germain striker Ezequiel Lavezzi is also being linked to the London club as a possible January target, with Tottenham manager Andres Villas-Boas knowing that his team needs to start scoring goals if they expect to stay in the title chase.