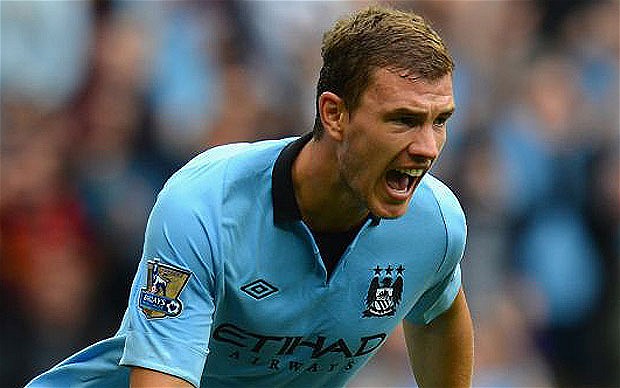 Manchester City manager Manuel Pellegrini has dashed any hopes Arsenal may have had of signing Bosnian international Edin Dzeko in January after ruling out any winter moves for the striker.

Dzeko joined City from Bundesliga side Wolfsburg in 2011 for £27 million, but has found himself more often on the bench rather than on the pitch after the City boss signed Alvaro Negrado from Seville for £16.5 million last summer.

So far the partnership of Negrado and Sergio Aguero has netted City 28-goals giving manager Pellegrini no desire to use Dzeko other than as a substitute.

Despite his reduced role in the team the Bosnian has still managed to score seven goals in 14 appearances leading to interest from league leaders Arsenal, and German side Borussia Dortmund.

“No, that is not the case [that Dzeko could be sold],”

Pellegrini said. “I put my trust in him before the season and I have just as much trust in him now. It is very important for this club to have a good squad because we have a lot of games to play from now until April and, if we want to win trophies, we need important players.

“Maybe at the moment he is not playing as much as he would like, but he remains an important part of the squad.”

Agüero and Negredo are expected to be starters as City travel to West Bromwich Albion midweek which could also see the return of Captain Vincent Kompany after being out of the side with a thigh injury for two months.