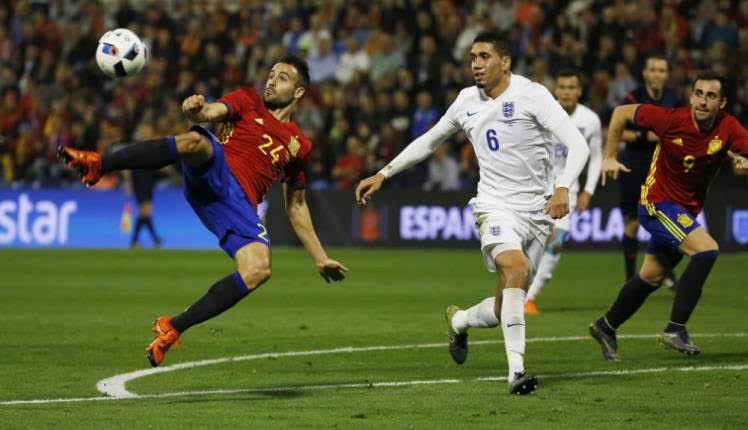 In what started out as a very cagey affair between Spain and England last night in Alicante, you could be forgiven for thinking that the match was going to end a scoreless draw at halftime despite Spain looking slightly better than manager Roy Hodgson’s team.

The match remained scoreless until the 72nd minute what Villarreal right-back Mario Gaspar acrobatically latched on to a Cesc Fabregas cross that had Twitter instantly ablaze with “WHAT A GOAL”.

Arsenal midfielder Santi Cazorla doubled the lead later to give the Spaniard a comfortable win over an England team that until last night were on a 16 match unbeaten run.

If England can take anything away from this game, it is that it was a wakeup call as to what they will be up against next summer in France, and a far cry from Lithuania, San Marino and Estonia who they cruised past to qualify for the European Championships.