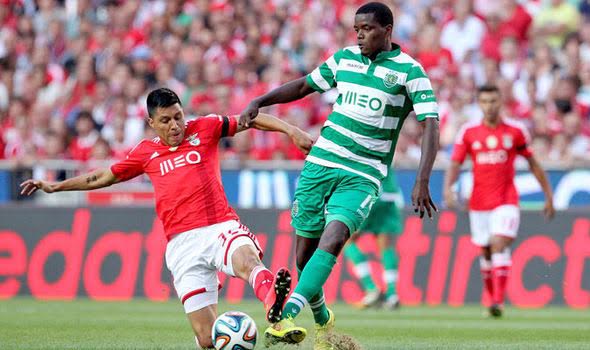 Arsenal has been given fresh hope of signing long-term defensive midfield target William Carvalho after contract talks between the player and his current club Sporting have broken down.

Arsenal are in the market for a defensive midfielder this January and have been watching the progress of the 23-year-old Portuguese international for some time, but had appeared to give up hope once the Angolan born player entered talks to sign a new four year contract with Sporting, a club he has been with since the age of 13.

Now however Portuguese sports newspaper A Bola is claiming that negotiations have broken down over salary demands and the length of contract which gives Arsenal new hope that they may be able to get Carvalho to move to the Emirates.

Carvalho has a £31 million release clause linked to his current contract with the Lisbon based club, which means that is the minimum the Sporting would be willing to take should they fail to tie him down to another contract at the Estádio José Alvalade.