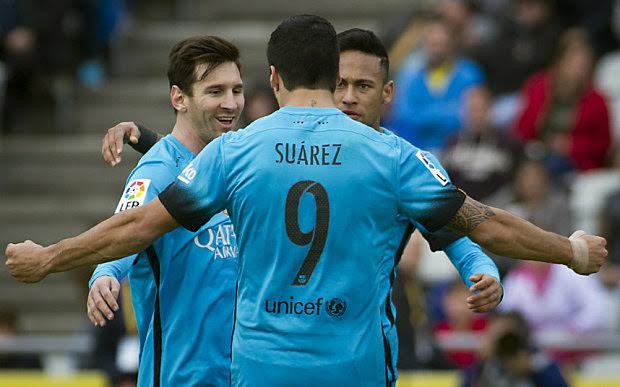 Let’s be honest Arsenal fans and say that we all knew yesterday’s FA Cup match against Hull City was just a speed bump ahead of the season’s biggest match when Arsenal takes on the mighty Barcelona at the Emirates on Tuesday evening.

Both teams failed to do well yesterday as they focus on Tuesdays clash with the Gunners drawing 0-0 with Hull City, while Barcelona played an uninspired 2-1 win over Las Palmas in the Canary Islands.

Following Barcelona’s result in which the home side had plenty of chances to equalize, Catalan newspaper and mouthpiece of Barcelona, SPORT thought it necessary to publish a warning to Arsene Wenger as their headline Sunday which translates into English as: “Wenger, don’t get too excited, we were snoozing…”

Missing for the match was key defensive midfielder Sergio Busquets, after having been given the day off to rest up for Tuesdays much anticipated match, while Arsenal left out several key players from their team that played Hull.

Following the match Gunners manager Arsene Wenger cut his press conference short to make sure he could watch the Barcelona vs. Las Palmas game on television while insisting his team would go all out to get a result in the first-leg.