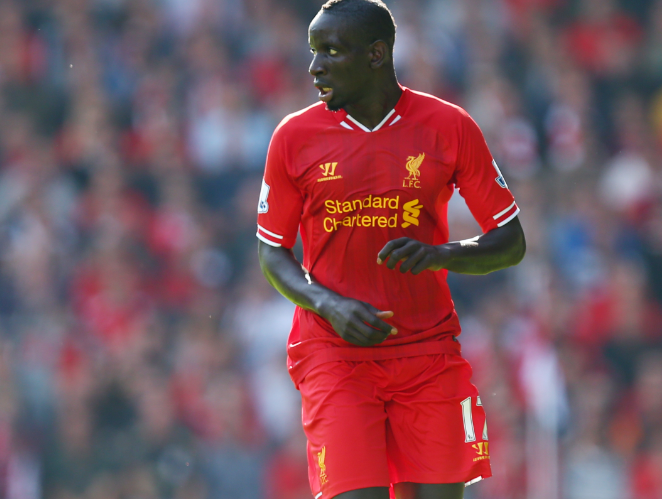 As Liverpool prepares for their most important league match in 24 years French defender Mamadou Sakho has promised more beautiful football from the Reds as there prepare to take on Premiership title chasing Manchester City at Anfield on Sunday.

The 24-year-old is quoted in the Daily Mirror as saying: “Of course this could be the biggest match Liverpool has played in 24 years.

“You win three points but it’s worth a lot more. It is a match that will place the winner in the best position to win the title.

“I hope we win. In any case we are ready for combat. We play at home and have our fans behind us. We will give everything.

“Ever since I arrived at the club, I said it. I told my team-mates that we are capable of winning the title.

“We have the quality and we just have to believe it. And – voila! – as the season progressed we saw Liverpool grow in strength playing such beautiful football.

“We’ve not stolen the position where we are today. We deserve to be where we are. We are confident about facing their strikers. City score a lot of goals but so do we.

“It will be two beautiful attacks against two strong defences. It’s a top match pitting two top teams against each other fighting for the title.

“I have not spoken a lot about matches before we play them. We will see on D-day who is better prepared to take the points.”

Sakho joined Liverpool last summer for £15 million from French champions Paris Saint-Germain has said that Liverpool manager Brendan Rodgers has made the player believe in themselves ahead of the big game.

The Reds have not won England’s top division crown since 1990 with Sakho adding: “Rodgers manages to get the maximum out of every player. It’s hugely important and not every coach has that charisma.

“He must keep all the players interested and each time he calls up a player they respond with a performance. Like I did at West Ham.

“The last time Liverpool won the title I was four months old and now I am 24 – I had just been born. Honestly, we will give everything until the last second of the last match.”