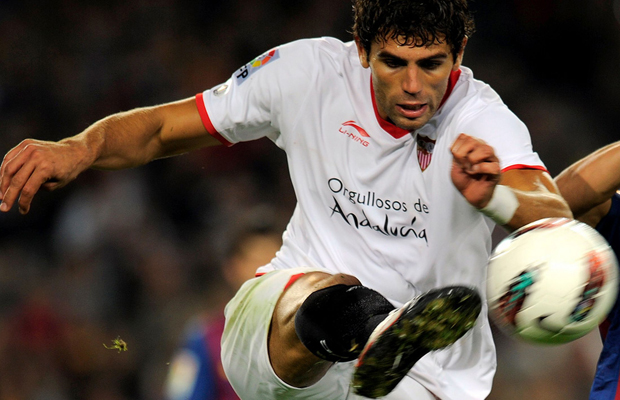 According to talkSPORT representatives from both Arsenal and Liverpool will travel to Spain later this month to sit down with the Seville defender’s agents and discuss a possible Premiership move for 27-year-old Federico Fazio.

Following some consistent displays this season the Argentinian defender has not only attracted interest from English clubs, but also Barcelona who are in the market for a Carles Puyol replacement, but the Catalan club may have to put off any moves for the time being after being forced to miss the next two transfer windows by FIFA as punishment for breaking the rules.

Aware that a move is in the offing Fazio’s agents will meet with Sevilla’s president Jose Castro and sporting director Monchi before Easter to see if they can all agree on letting the centre-back leave for his £8 million release clause.