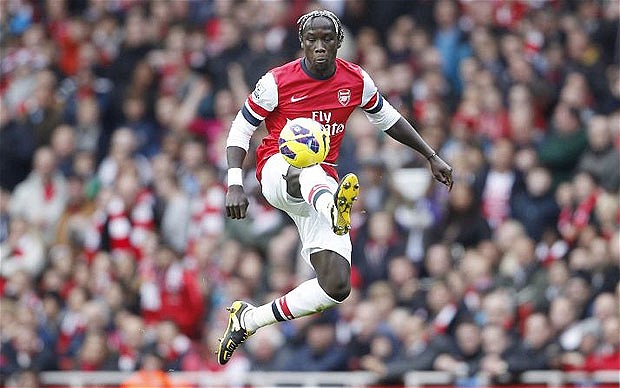 31-one year-old Arsenal right-back Bacary Sagna has decided to quit the Gunners this summer after they failed to offer him the kind of contract he thought his loyal service to the club deserved.

The French international is out of contract this summer, and despite interest from clubs in Europe the Daily Star newspaper is saying that he wants to stay in the Premiership, and will most probably join either Manchester City or Manchester United.

Arsenal offered Sagna a two-year extension on his current deal plus a pay raise of £15,000 that would put him on £75,000 per-week.

Sagna however was looking for a three-year deal with a salary of £100,000 per-week, plus a signing bonus that Arsenal was not prepared to pay.

A source close to the Frenchman said: “He will leave the club 100 per cent – there is no way he will stay.

“He feels very heartbroken, disgusted and disrespected by the board and the offers they are making, after being so loyal to the club for so many years.

“Now his focus will be to help his team-mates and the fans by landing the FA Cup and a top four finish.”