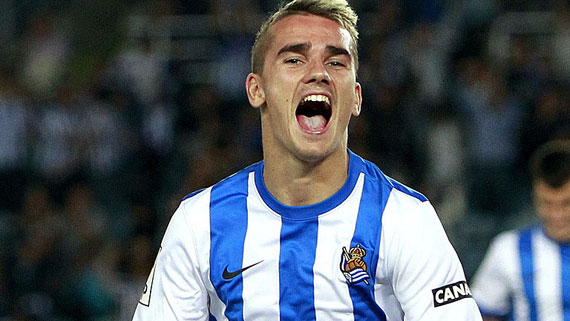 Arsenal has made their initial move for Real Sociedad forward Antoine Griezmann according to the website goal.com.

After having decided that the 23-year-old will be a summer signing priority Arsenal has made the initial move in approaching the La Liga club over their star player.

Arsenal scouts have followed his progress all season and have been impressed with how he is developing after seeing him score 16 goals in 31 games.

It is however not only Arsenal that have been impressed with his pace and dribbling skills with other top European sides also to be interested in the young Frenchman.

Griezmann is a graduate of the Basque clubs youth system after having joined them as an 14-year-old, and won his first cap for his native France last month after having being promoted to the senior team.

Arsenal just like most big clubs this year will be looking to get their transfer dealing done early rather than seeing any possible targets have a good World Cup and their price go up accordingly.