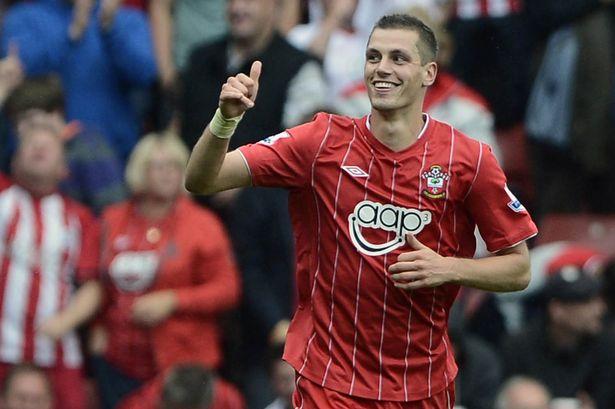 Southampton’s French midfielder Morgan Schneiderlin has said that he is quite happy to remain at Southampton and says he will not cause any problems should the Saints say he is not for sale after having been scouted by Manchester United and Arsenal this season.

The 24-year-old told the Daily Mirror: “We know top teams are watching us.”

But he added: “As long as we don’t receive a concrete offer, and as long as the club says they won’t sell, I will never force a transfer.”

Teammate Rickie Lambert is hoping that the club will go out and bring in another striker even if it means more competition for a starting place, especially so now knowing that leading scorer Jay Rodriguez will be out for six months with a knee injury saying: “I don’t want to be the only striker really, I want them to bring in top quality players and I think we do need a striker, so I hope so.

“I’ve always thrived from pressure, I’ve always done well under it and I like it, so I don’t really feel it this time round, not since Jay’s gone.

“I just concentrate on my football.”