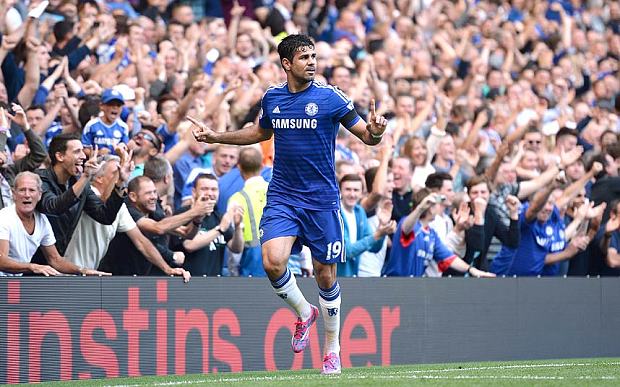 Former Liverpool striker John Aldridge has expressed his pains and disappointments at Liverpool missing out of signing new Chelsea inform striker Diego Costa when they had the chance seasons ago.

Liverpool were said to have approached Atletico Madrid (Costa’s former club) for the players signature in the summer of 2013 with a bid of around 21million believed to have been launched but the sale of team mate Radamel Falcao to AS Monaco will mean a deal could not go through as Costa was the next available striker to lead the Atletico line.

Costa will go on to establish himself at the club as one of the most lethal striker in Europe scoring a total of 36goals in 52 appearances thus helping Diego Simeone’s side win their first La Liga title in over a decade and reaching the final of the Uefa champions league.

Costa has since moved to Chelsea and has hit the ground running with 10 league goals in 12 appearances with his latest goal being the winner in Chelsea’s 2-1 wins over Liverpool last weekend, and former Liverpool striker has come out to express his disappointment of seeing Diego Costa playing for Chelsea rather than his former club Liverpool.

Aldridge admitted he would have loved to see Costa in Liverpool’s shirt.

“Gone are the days when every player wanted to sign for Liverpool given the chance.” Aldridge said.

“Chelsea and Arsenal are both regular champions league competitors, can pay phenomenal wages- but most importantly for some players are based in the capital only.

Liverpool though did not feel the pain of not signing Diego Costa back in 2013 as they had Uruguay goal machine Luis Suarez who lighted up the Premier League with his goals leading Liverpool to the brink of capturing the league title.

Luis Suarez had since joined Barcelona and they have found it difficult to replace him and the pain of loosing out on Costa will begin to bite in. A striker like Diego Costa- power, pace, skill and keen eye for goal is what Liverpool need and Costa would have been a big hit for Liverpool if they had captured his signature.

Liverpool summer signings- Rickie Lambert, Mario Balotelli have been woeful in the performance and are yet to register a single league goal between them and that sums up what shambolic Liverpool’s season have been all about.

Liverpool would have been a different but better club in terms of performance and position on the log this season if they have the like of Diego Costa in their rank. And just like Aldridge rightly puts it, he is an old school type of striker who would get you goals.

“I’m old fashioned when it comes to strikers and I love to see centre forwards who are a real pain to play against, who give defenders hell all match and, of course who can finish.

“Costa will get his fair share of red cards I’m sure, but that will be outweighed by the number of matches he win for Chelsea with his attitude, his aggression- and his goal” – Aldridge

Yes, Liverpool will wish they have signed the new Premier League goal machine Diego Costa when they have the chance. He has quickly adapted himself to the premier league and even though he has struggled with injuries earlier on in the season that has not reflected in his game as he has banged in the goals when available to play for Chelsea.

His form, attitude, aggression and goals(something Liverpool lack at the moment) are among the reasons Chelsea are currently topping the league table and could go on to be a huge factor in Chelsea winning the league title come may.