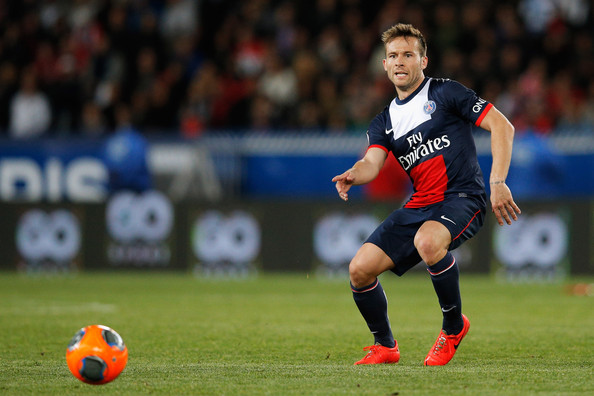 Manchester United have signalled interest in the services of Yohan Cabaye and despite the fact that Arsenal are also on the midfielder’s trail, the Old Trafford boss is poised to beat his North London colleague to Cabaye’s signature.

In January, this year, the player switched to Paris Saint Germain from Newcastle for about £18m but has not been able to get himself into the first eleven at the Stade de France.

He has now set his mind on a move back to England. His predicament has made him a potential target of a host of Premier League clubs amongst which are Manchester United, Arsenal and Liverpool and considering the possible price slash on him, several of his suitors will swoop on him by January.

It is not surprising that he is linked to Manchester United considering the array of stars that have been linked to the club all summer and the Daily Express reports that: “Cabaye is struggling to hold down a regular place at Paris Saint-Germain following his £18m move in January of this year. However, the France international may be on his way back to England after less than 12 months. Cabaye could be made available by PSG in January as they bid to raise funds, having seen their spending this summer curtailed this summer due to Financial Fair Play (FFP) regulations.”

It is also obvious that the midfielder is third on the pecking order of in the midfield of the French champions with Blaise Matuidi and Tiago Motta ahead of him and close sources at the club can confirm that Cabaye is far from happy with his present condition at the club as his lack of game time is affecting his selection in his country’s national team.

Cabaye is expected to discuss with PSG manager, Laurent Blanc about his future at the club and if the outcome of the talks isn’t favourable, then he could just be open to a move back to the English Premiership.

At Manchester, it is widely reported that Manchester United manager, Louis van Gaal has instructed the club’s management to hire a world class midfielder by January to bolster the team’s tittle credentials and even though the likes of Arturo Vidal and Kevin Strootman are being linked to the club, a cheaper and more likely target like Cabaye could also fit the bill at the club.

With van Gaal having his reservations on the output of summer arrivals, Ander Herrera and Daley Blind, he might be keen on hiring Cabaye who should easily fit into the style of play at Old Trafford considering his prior experience in the league.

Moreover, Arsene Wenger launched two failed bids for the midfielder during the summer and now the Frenchman is reported to be lining up a larger bid to lure the player to the English capital.

Cabaye must have thought he would be able to impress his manager enough to get a spot in the first eleven this season perhaps that was why he shunned Arsenal.

Whatever the case may be, by the New Year, Cabaye’s deal will be a race to the line between the two English giants.