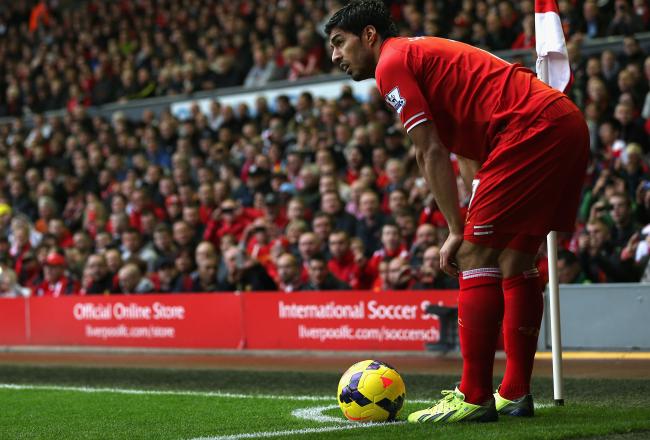 Luis Suarez stunned the football world with his brilliance in the four goals he scored the other night against Norwich, and not only did he show his importance to his club Liverpool, he made up the minds of everyone over in Madrid about why he should be real Madrid’s next signing.

The 26-year-old striker will now be Los Blanco’s number one target amid increased interest over French international Karim Benzema from Arsenal.

Italian coach Carlo Ancelotti thinks that an attacking trio of Bale, Ronaldo and Suarez would be unstoppable for any defence in the world with Madrid ready to pay what ever it would take to land the Uruguayan striker.

Real Madrid are certain that they can convince Suarez to swap Merseyside for the Spanish capital, and are not ruling out a January bid, but feel their best chance of signing him is just before he jets off to the World Cup in the summer.