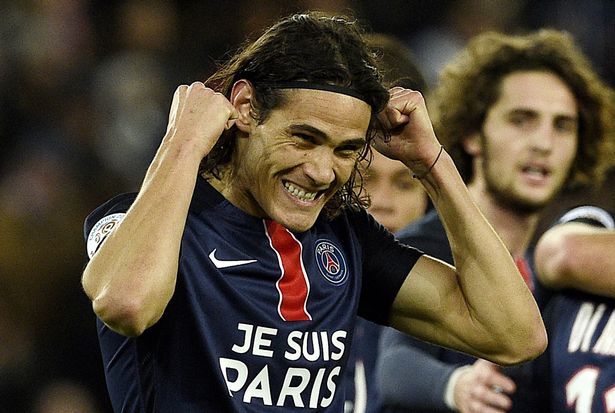 According to well-respected French sports newspaper L’Equipe the future of Paris Saint-Germain striker Edinson Cavani is up in the air, following yet more trouble with the French champion’s manager Laurent Blanc.

For quite some time now the world has known that the Uruguayan international is not happy with his role of playing second fiddle to main man Zlatan Ibrahimovic at the Parc des Princes, and now he has apparently gone a step further expressing displeasure at his predicament, with boss Blanc said to be fed up with his attitude and behaviour.

The 28-year-old striker was linked with a host of Premier League clubs during the summer including Manchester United and Arsenal, but with those top clubs still needing as do Chelsea, and Liverpool who knows what may happen during the last two weeks of the midseason transfer window.

So far this season Cavani has scored 10 times for the Ligue 1 leaders in just 17 appearances, not a bad figure for a player who is not the clubs No.1 Striker.