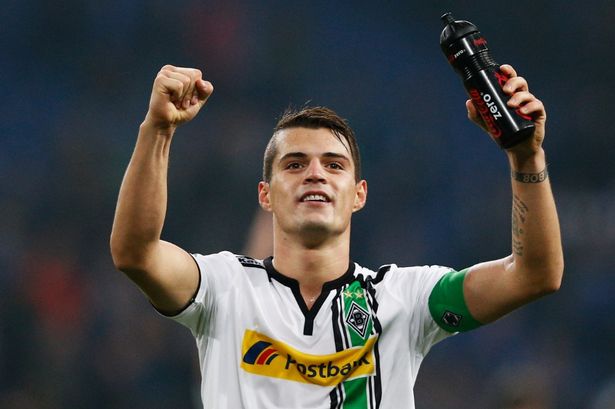 Liverpool and Arsenal target Granit Xhaka is now up-for-grabs after his current club, Bundesliga side Borussia Monchengladbach have hinted that he made be allowed to leave this month should the receive what they consider to be a reasonable bid.

The 23-year-old Swiss international has been on both the Premier league clubs radar after some impressive performances in Germany this term, and could very well find himself on his way to England following the latest remarks by Monchengladbach’s sporting director Max Eberl, who told WDR 2 Radio: “It depends a bit on our own sporting success, it depends on Granit’s own performances and of course it depends on the figures.

“If they reach a certain level, then you could start to get dizzy. There are always situations in which every club would have to make considerations.”