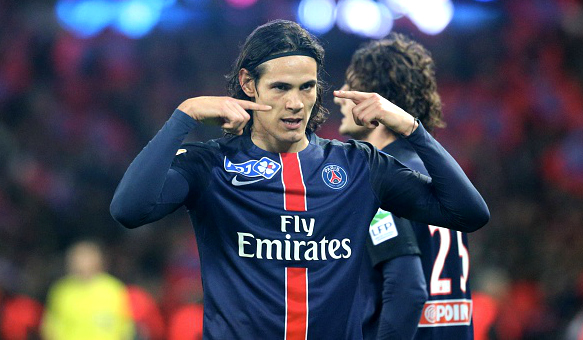 Manchester United is putting together a huge bid for Paris Saint-Germain striker Edinson Cavani according to reports in Italy.

The 28-year-old Uruguayan has fallen out with PSG boss Laurent Blanc after constantly being made to play out on the wing so as to all Zlatan Ibrahimovic to be the clubs main striker.

Italian daily sports newspaper says that the former Napoli man is looking to return to Serie A, but that Manchester United is considering making a massive offer in order to get him to move to Old Trafford.

No Italian club could match whatever Manchester United is prepared to put on the table, but with both Arsenal and Chelsea being linked with moves in the past for Cavani don’t rule them out of the picture just yet either.