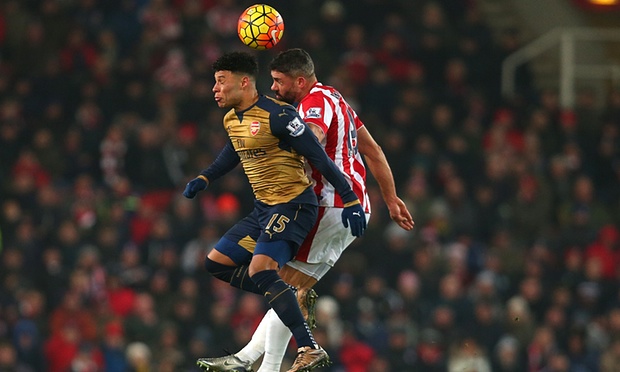 To any hard-core Arsenal fan the possibility that Alex Oxlade-Chamberlain would ever even consider leaving the best club in the world is absurd, yet we feel that the England international must come to his senses and realize that he has now future at the club so long as manager Arsene Wenger remains in charge.

After having made the move to N5 from Southampton in 2011 the 22-year-old has had plenty of time to cement himself into a starting spot in the Frenchman’s tea, yet has failed to do so being used more and more often as a substitute than a starter.

What should be even more alarming to the Ox is the emergence of Costa Rican international Joel Campbell, who has gone from being someone who spends all their time out on loan to the man Wenger picks before Oxlade-Chamberlin.

Wenger not long ago said Arsenal is no longer a selling club, which means the Ox may have to push for a move away in order to have any chance of developing as a player and enjoying the potential we all know he has.