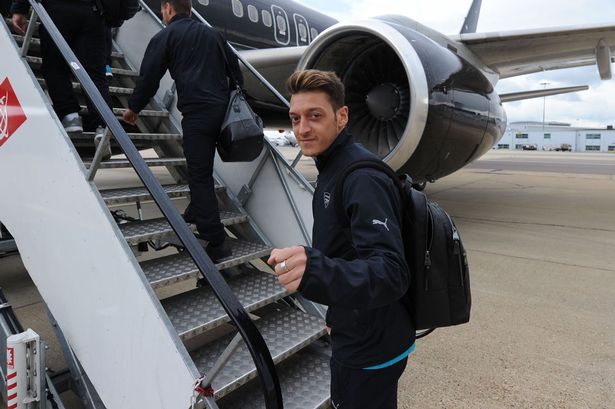 Arsenal manager Arsene Wenger has often been criticised for not wanting to spend the clubs money on top players, but when it comes to the way he likes to travel, no expense it too much for the Gunners boss.

Rather than take a two and a half hour bus journey from London to Norwich for tomorrows Premier League meeting with Norwich City at Carrow road, or a two hour train journey from London’s Liverpool Street Station the 66-year-old Frenchman has decided to make the 100 mile journey by plane.

The plane ride from Luton airport to Norwich International Airport takes just 14 minutes flying time but is preferable to Wenger than the other two alternatives.

“When we made the decision there was some road work planned – sometimes the access to Norwich is difficult,” said Wenger. “We do not fly a lot any more. We take the train or coach. This is an exception.”

What gets us here at Soccer Transfers is the fact that the team is flying out Saturday afternoon and staying in a hotel overnight prior to Sunday’s 4:15pm kick-off.

Plane Stupid, a group campaigning against short distance flights spokesperson Ella Gilbert told the Evening Standard: “Having lived in Norwich and Finsbury Park, I can tell you that this is a distance that you can do in two hours by train, without fuelling climate change. This is ridiculous.

“I’m a life-long Gooner so I’m used to being occasionally embarrassed by my team, but I prefer them to wait until after kick-off before humiliating their supporters.

“Don’t fly to Norwich, the Canaries aren’t worth it.”

Jennifer Parkhouse, of Norwich and Norfolk Friends of the Earth, told the Mail: “They appear to live in some kind of a bubble, entirely separate from the rest of us.”