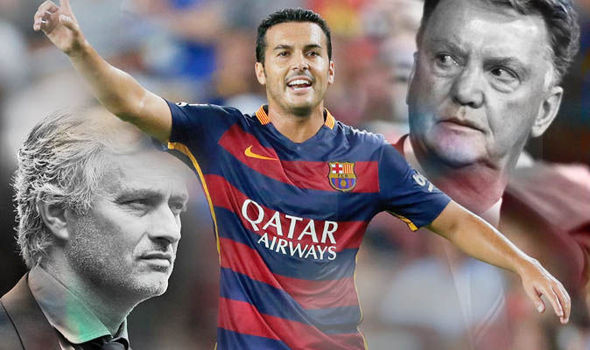 In what is turning out to be a fiasco for Manchester United, Barcelona winger Pedro has decided to join Chelsea rather than play for Dutchman Louis van Gaal after having been warned by fellow players about the 64-year-olds autocratic management style, which in essence is my way or the highway, as he has shown with regards to Pedro’s friend, former Barcelona goalkeeper Victor Valdes.

The on-going saga with Pedro’s Spanish international teammate David De Gea may also have played a part in the 28-year-olds decision not to move to Old Trafford, along with the way the Dutchman treated the clubs British record signing Angel Di Maria, who spent more time on the bench than on the pitch following his move from Spain to England, a situation Pedro knows all too well from his time at Barcelona.

While Manchester United was busy haggling over the Catalan giant’s asking price, Blues boss Jose Mourinho moved in agreeing to meet their demands straight away, while offering the World Cup winner a four-year-contract to play for Chelsea.