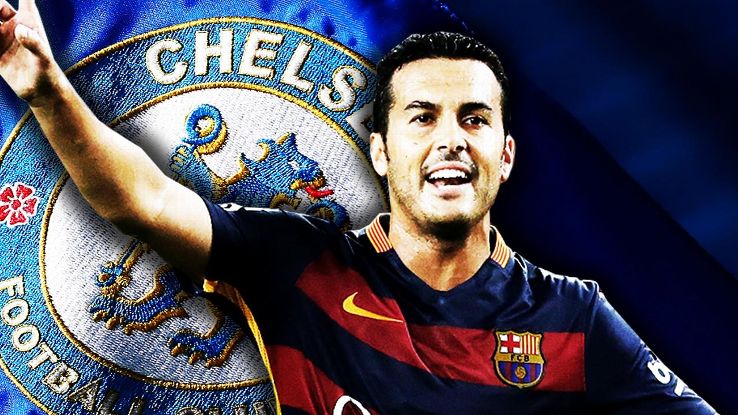 If we would have asked you 48 hours ago where Pedro will be playing football this season your answer would almost certainly been Manchester United.

Well apparently a lot can happen in two short days as the Spaniard is now in London to complete his medical at Chelsea after Manchester United pulled out of a deal to bring the 28-year-old winger to Old Trafford.

It would appear as if Blues boss Jose Mourinho sees the World Cup winner as just the kind of player to help get Chelsea’s Premiership title defence back on track and has agreed to pay Barcelona an initial fee of £19.7m plus another £1.4m in add-ons for a player Sky Sports pundit Thierry Henry calls the “perfect teammate” after having played with the Spanish international while at Barcelona between 2008 and 2010.

Henry said: “The perfect team-mate, the perfect professional – he is that guy.

“He pressures from the front, but he’s also the player that any manager would love to have. You know what you’re going to get with Pedro, always 100 per cent.

“The way he plays, the way he trains, he doesn’t talk, he doesn’t create any problem for you, he’s a team player who had exactly what you would love to have as a team-mate, as a player, or if you’re the boss.”