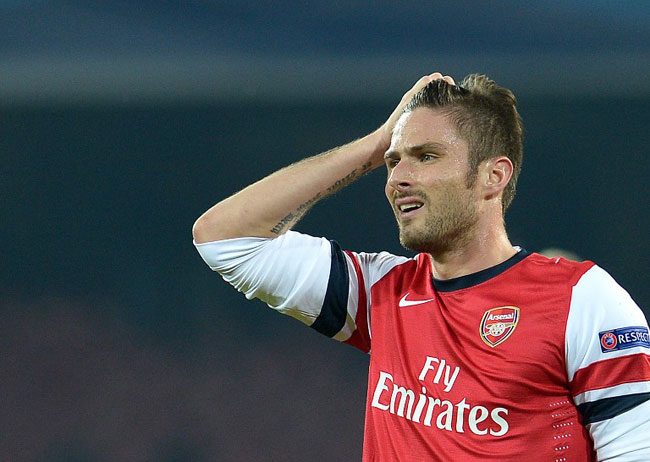 Despite all the talk about French striker Olivier Giroud and the fact his wife wants them to move back to France following his indiscretions with American model Celia Kay, the 27-year-old Gunners front man says that he is committed to Arsenal  and urges manager Arsene Wenger to do the same by signing a new contract.

When talking to Sky Sports Giroud said: “Of course I will be at Arsenal next season. I am happy in London.

“I want Wenger to stay at Arsenal next season. Of course we want him to extend his contract. We need him and his experience – he has to stay.

“I think we can compete for the title next season and this time all the way to the end.”

The last remark was referring to the clubs lack of wins recently that has seen them drop to 4th despite leading the league for most of the early part of the season.