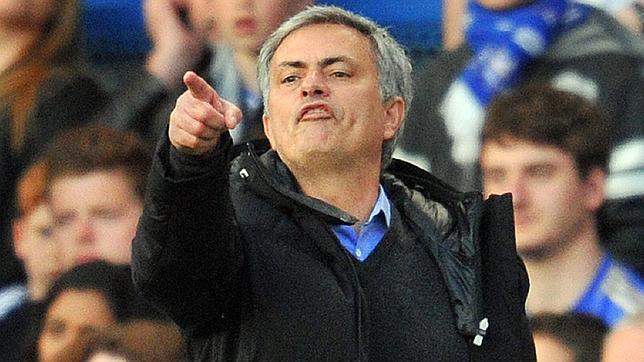 Chelsea manager Jose Mourinho was critical of referee Mike Dean following his team’s loss to bottom of the table Sunderland which now leaves Liverpool only needing to draw with Chelsea next week when the two sides meet at Anfield.

The Blues title aspirations took a severe knock Saturday night after Sunderland’s Jozy Altidore was taken down in the box by a poorly times tackle from Cesar Azpilicueta leading to a penalty that was put away by on-loan Liverpool striker Fabio Borini who despite not currently playing at Anfield did his part in what Liverpool hope will be their first ever Premiership title not having won the title since the new league came into existence.

Mourinho who had not spoken to the press all week opened up after the defeat to Sky Sports saying: “I just want to say four things and I’m sorry because if you ask me more questions, I’ll repeat exactly the same thing.”

“Congratulations to my players because they gave what they have and what they don’t have.

“Congratulations to Sunderland, because they won.

“Congratulations to Mike Dean, because he made a fantastic performance.

“And congratulations to Mike Riley, because what they did during the season was fantastic for the way the championship is going.

“Congratulations to all of them – and I have nothing more to say.”