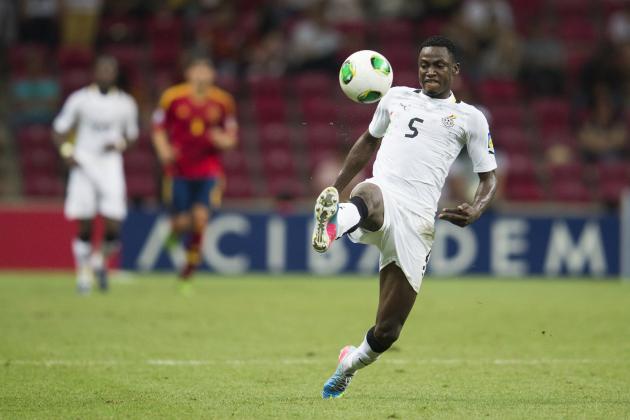 Despite the widespread talk last week that Chelsea had signed Augsburg defender Baba Rahman, the Guardian this morning is reporting that no deal has been done after Chelsea only offered the Bundesliga club £19 million for the Ghanaian international.

Augsburg meanwhile values the 21-year-old at £24 million, and will not sell unless their valuation is met.

Chelsea is looking at the youngster as a replacement for Brazilian Filipe Luis who returned to Atletico Madrid after a season of playing understudy to Jose Mourinho’s first choice left-back César Azpilicueta.

Should the young African move to Stamford Bridge, he must surely know that a similar place on the Blues bench awaits him, while in Germany he is virtually afforded a first-team start each week.

Chelsea’s pool of talent has players now second guessing whether or not a move to west London is good for their careers, despite knowing they have a great chance of winning trophies with Chelsea.