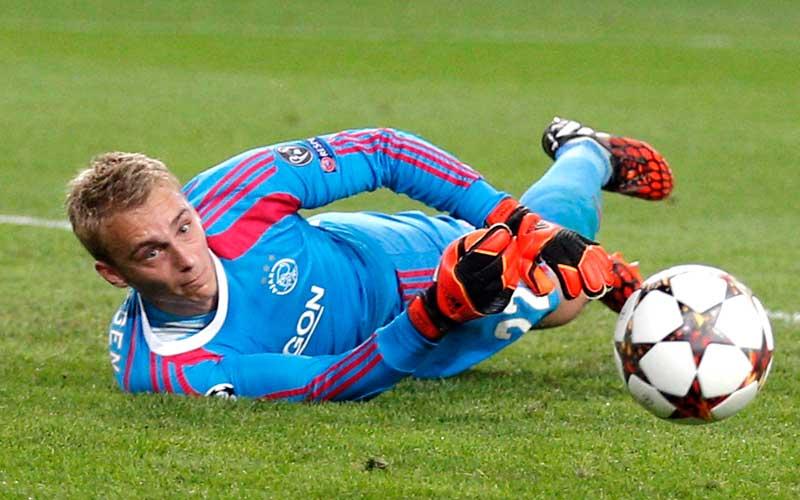 Ajax manager Frank de Boer has warned Manchester United manager Louis van Gaal that if he does not make a move to sign Ajax goalkeeper Jasper Cillessen soon that he can expect to pay much more for the Netherlands international as his price is rising by the week.

Back in May there were reports that United was ready to pay £25 million for the 26-year-old when it looked as though a deal between the Red Devils and Real Madrid was no more than a formality, but now given the fact it appears the Spanish giants are prepared to wait until the summer and sign De Gea on a free transfer, the Dutch club has already missed out on signing three possible replacements leaving De Boar to say Manchester United will now have to pay a larger price for the Godenzonen shot-stopper.

“Man United will have to pay huge price for Cillessen.

“Let it be clear that we are going to take a really strong attitude and we will fight against him leaving at this stage said De Boar.

“Why? Because we have seen all our three alternatives go out of sight and it gets harder and harder to find a decent replacement.

“To make it clear, Jasper is getting more expensive by the week, although there are certain figures that we can’t turn down.”