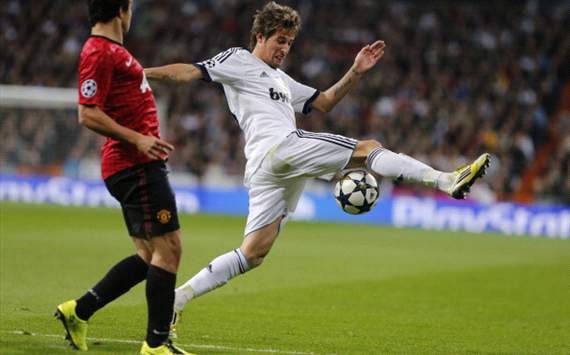 Manchester United has been linked with Real Madrid defender Fabio Coentrao in the past, but it now looks like they will get the deal done this January with the Daily Express saying that Los Blancos will let him leave for around £27 million.

Coentrao has fallen down trainer Carlo Ancelotti’s pecking order after having been out for two months with an injury that has seen Brazilian Marcelo become the preferred choice leaving the former Benfica man surplus to requirements at the Santiago Bernabeu.

Manchester United meanwhile have been looking for an experienced left-back as cover for Luke Shaw , and while Ashley Cole was an option manager Louis van Gaal thinks that the 26-year-old Coentrao will be a better bet.