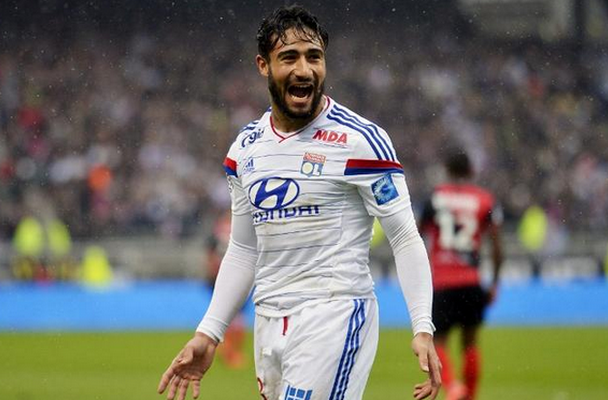 According to reports coming out of Spain Manchester United is interested in signing Lyon striker Nabil Fekir after watching the French international help to fire the Ligue 1 side back into the Champions League with 13 goals and nine assists.

This season the 22-year-old looked set to better last after having already found the back of the net four times in four games before tearing his ACL while on international duty with France, which will now see him side-lined for at least six months.

But according to Fichajes, Manchester United is still interested in signing him all dependent on his recovery of course.

The player had previously talked up an opportunity to move to Manchester and would certainly fit in with the legacy manager Louis van Gaal has talked about leaving the club when he retires.