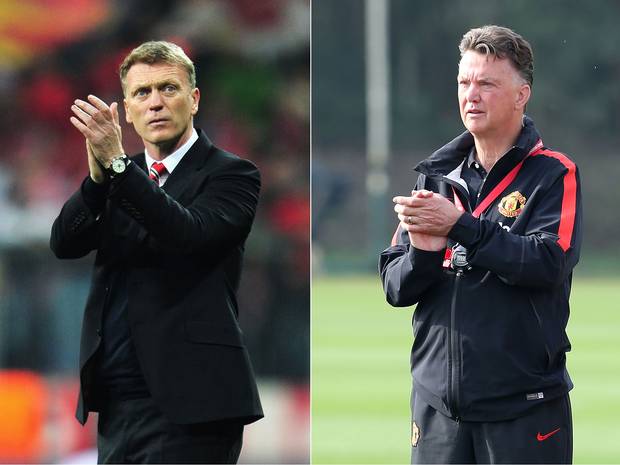 Louis van Gaal joined Manchester United as one of the most respected football coaches in the world while David Moyes left part way through the season regarded as the worst manager the Red Devils ever had, yet if you look at the stats comparing how both performed up to now Moyes had bettered van Gaal in nearly every department as you can see in the chart below from WhoScored.com.

The only area in which the Dutchman has improved the side is in pass accuracy while also spending more than £90 million compared to Moyes during one transfer window.

The former Bayern boss has also managed to accrue fewer points than Moyes did after the same number of games despite Moyes side having to face much tougher opponents.

The stats do not make good reading for the 63-year-old van Gaal and with a stretch of tough games coming up we are sure he will be eager to prove to everyone just how good a coach he said he is.

Meanwhile Moyes who has been out of work for ten months following his sacking at Old Trafford could be offered the manager’s job at Spanish club Real Sociedad.