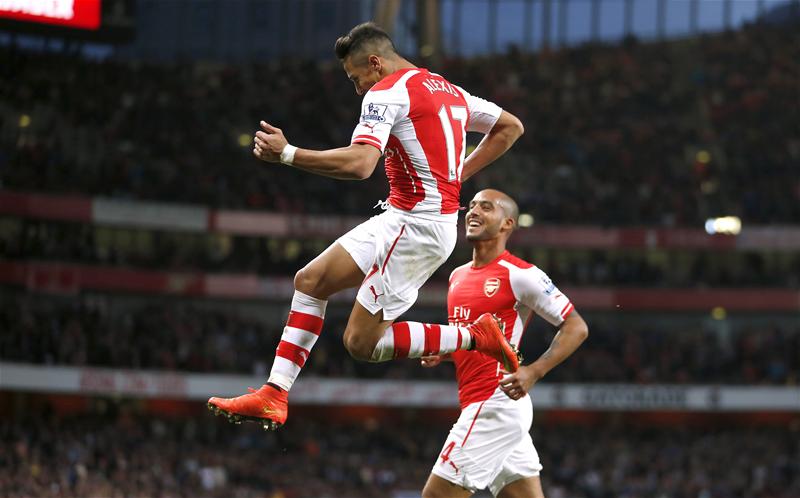 According to Spanish newspaper Sport, Liverpool made a bigger bid for the Barcelona forward, but the Chilean told the Catalan giants he would prefer to move to the Emirates rather than to Anfield.

Reluctantly Barcelona agreed to his request even though it left them £3 million short of what Liverpool had offered, yet for Sanchez things could not have gone better since his arrival in north London he has scored 10 goals in 15 games and become a firm fan favourite.

Former Liverpool defender and now Sky football pundit Jamie Carragher said at the time Sanchez would have been the perfect replacement for Luis Suarez saying on Monday night Football: ‘I’m disappointed he’s not at Liverpool. He’s looking like he’s going to be a star of the Premier League.’