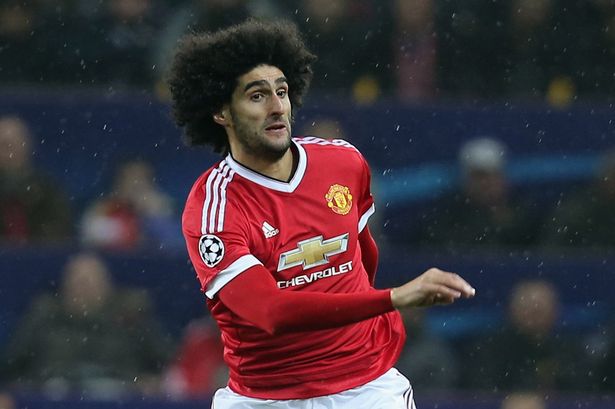 Manchester United midfielder Marouane Fellaini has been urged to leave the club in January by Belgium national team trainer Marc Wilmots, after concerns the big Belgium will not be ready for Euro 2016, having made just one Premier League start all season.

It was a different situation just one year ago with Fellaini firmly entrenched in manager Louis van Gaal’s first team, until the very last game of the season saw him receive a red card against Hull City, meaning he would miss the first three games of the new season.

Following this he has made just three appearances for the Red Devils with two of them being in the League Cup, which has let Wilmots expressing concerns over his international future.

“A player who does not play for his club is annoying for a coach,” Wilmots told Le Soir.

“Fellaini could play to support the attack, as the No.6. He has very good technique, very good ability to track back and recover. Maybe he will try to find a new challenge in January, if it is possible.”