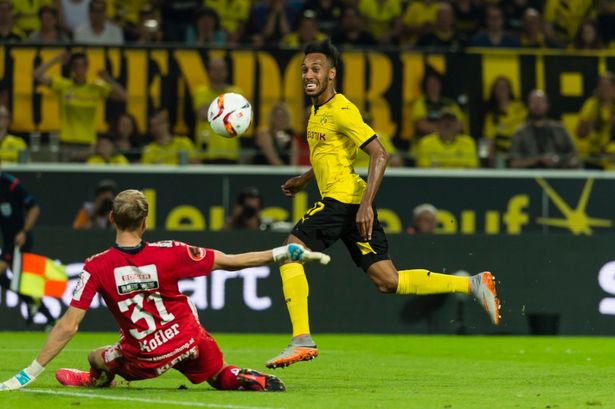 With Chilean international Alexis Sanchez on the brink of signing a new deal that will keep him at the Emirates until 2020, Gunners boss Arsene Wenger can get down to business as he looks to sign a striker and defensive midfielder during the January transfer window.

Half of his problem could be solved if he is willing to pay a club record £42 million for Gabon international Pierre-Emerick Aubameyang after German tabloid newspaper Bild reports that Borussia Dortmund would be willing to sell their top player for £42 million.

Aubameyang is having a banner season so far in the Bundesliga scoring 19 goals in 16 appearances for the North Rhine Westphalia club and would go a long way in addressing the Gunners striker needs.