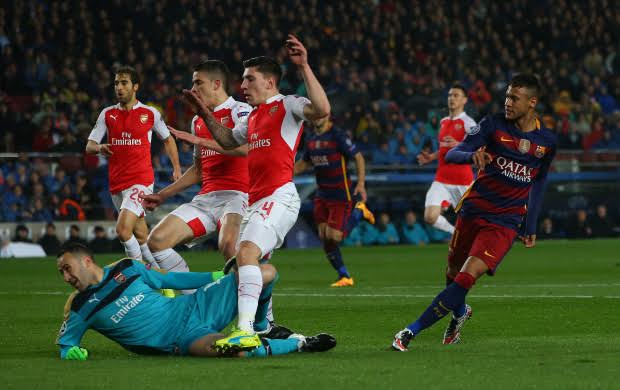 Manchester United legend Roy Keane launched a rather brutal attack on Arsenal and the clubs players following the Gunners 3-1 loss to Barcelona at the Nou Camp last night to give the Catalan giants a 5-1 aggregate win over the North London club.

Keane a Champions League winning player himself said that in all honesty the Gunners never looked as though they had a chance against Luis Enrique’s team, and accused the Arsenal players of cheating their fans.

‘They’ve got a weak group of players, who can’t seem to lift themselves for certain games,’ he said while speaking on ITV.

‘A lot of pressure seems to have got to them over the past few months. For players at Arsenal Football Club, if you can’t deal with the pressure, well you shouldn’t be there.

‘Tonight, the damage was already done in the first game. There’s no shame in losing 3-1, sure. The effort was there, Barcelona had switched off.

‘But it must be hard for the manager and for the supporters when they see the players lifting it for certain games but then can’t do it for Watford at home or Swansea at home.

‘They’re cheating the supporters in that sense.’

Meanwhile Arsenal are still in the race to win the Premier League title, but given the clubs recent results not many fans will have high expectations of them achieving that goal.