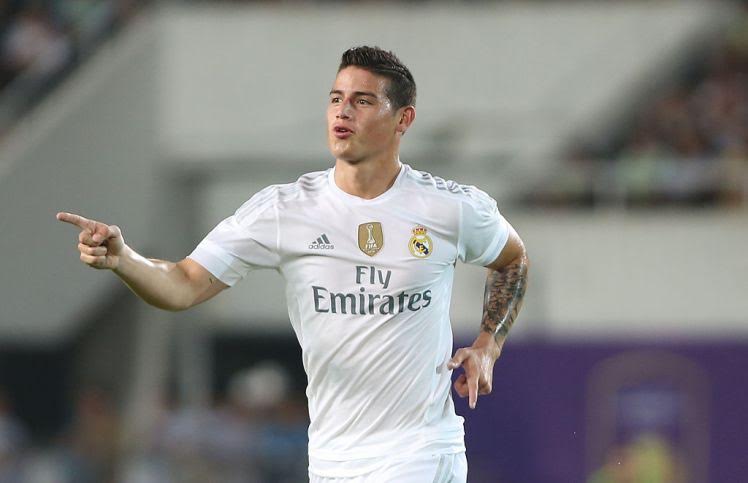 Manchester United’s desire to sign Colombian international attacking midfielder James Rodriguez has been given a significant boost today, following the news that Spanish giants Real Madrid have decided to part company with the 24-year-old at the end of the season.

Manchester United tried to sign the World Cup Golden Boot winner following his performance in Brazil, but with Real Madrid also interested the Red Devils missed out with the South American attacker pursuing his dream of playing at the Santiago Bernabeu.

Hope for a return to normality was on the cards once Zinedine Zidane took over the helm from the sacked former Liverpool manager, but nothing changed regarding the players attitude, which has now led to the decision to let him leave next summer.

Manchester United and their top sponsor Adidas aim to make a splash next summer with a marquee signing, that has Spanish football newspaper Marca saying that Real Madrid has given Manchester United the green light to sign Rodriguez for £63 million and that his move to Old Trafford will be the biggest transfer of the year.