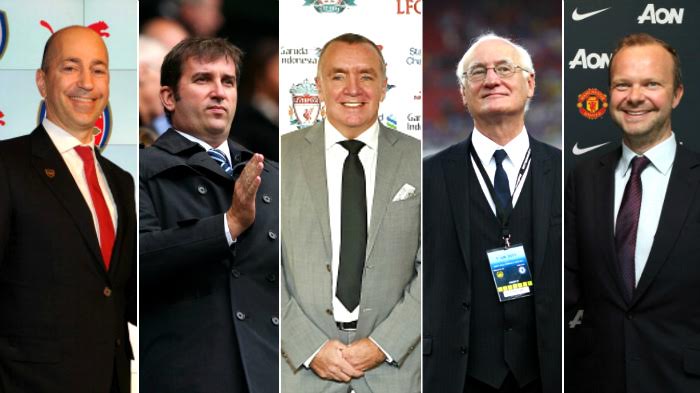 According to a report in this morning’s British daily tabloid newspaper The Sun Manchester United, Arsenal, Chelsea, Liverpool and Manchester City top dogs have held talks with American billionaire Stephen Ross to discuss the possibility of forming a breakaway European Super League.

The American’s plan is the biggest threat to the game in England since the formation of the Premier League in 1992, and would effectively spell the end of the Uefa Champions League.

Ross is the owner of the NFL franchise Miami Dolphins and the man responsible for the International Champions Cup, a completion held during the off-season in Europe which in reality is a series of pre-season friendlies held in North America between Europe’s top teams.

If it was to come about the new competition would not only involve England’s top earners but the biggest supported clubs on the continent as well and would alleviate all the worry about having to finish in a Champions League position in order to qualify, something that would certainly be of interest to Manchester United, Chelsea and Liverpool this season.

Not such good news however for both Leicester City and Totten Hotspur, as both teams look certain for a top-four finish in the Premier League, while Arsenal fear not joining the new Super League would force the club to be left behind financially as the Champions League would be a nothing competition if Europe’s top clubs decided to break away.

Meanwhile veteran wheeler dealer Ross is hoping to have an agreement to launch the new league signed shortly, and is optimistic as his idea guarantee’s a club like Liverpool money each year without the risk of not having to qualify for the competition.

We have been preaching the idea of a European Super League for quite some time, but it will be interesting to see if like the NFL in America there is no danger of being relegated from the competition, in other words once you are in you are in for life.

According to the Sun it was all smiles following the meeting, so who knows, it could very well happen in the not too distant future as the game continues to grow.