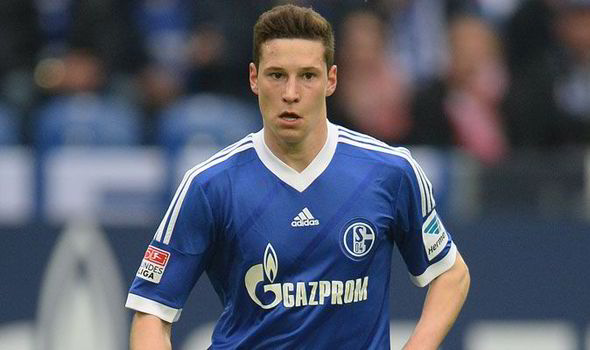 Manchester United appears to be pushing ahead with plans to sign German players Julian Draxler and Benedikt Howedes in a deal thought to be worth £51 million.

United have the funds available to spend in January and have had scouts at nearly all Schalke games this season watching how the pair perform.

21-year-old winger Julian Draxler has long been a target for Arsenal and it was thought that the Gunners had managed to sign him last summer for £35 million, but now with United boss van Gaal interested in not only Draxler, but also in centre-back Benedikt Howedes, Arsene Wenger may have to up his bid in order to get the player he has been following for the past few years to move to the Emirates.

In what could be good news for the Gunners Draxler limped off the pitch after only 15 seconds with a hamstring injury during Schalke’s 1-0 win over Augsburg on Friday night and injury that sports director Horst Heldt says will probably keep him out for the rest of the year.

Heldt said. “I do not expect Julian to play any more in this first half of the season.”

If this is the case a January move is less likely for the German star which could have van Gaal looking for another alternative allowing Wenger to sign the young German come summer.