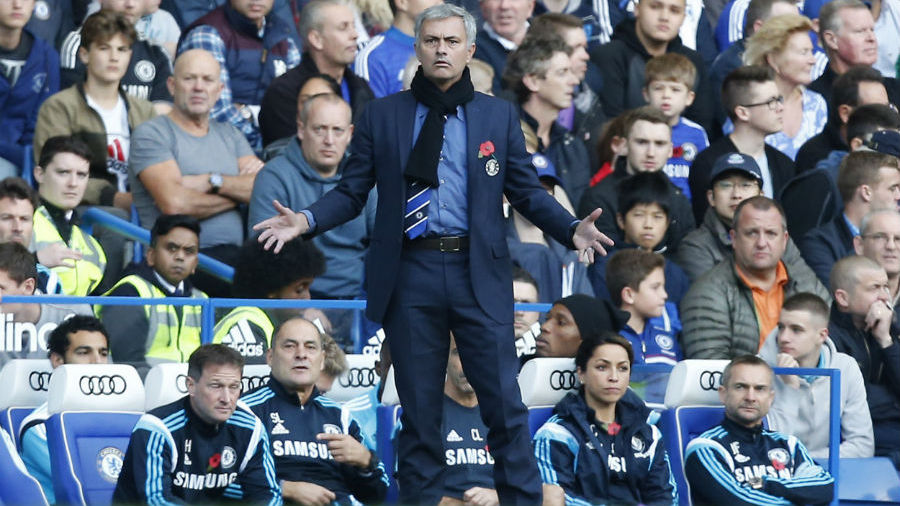 It is not the first time that Chelsea fans have come in for some stick regarding the flaccid atmosphere at Stamford Bridge, and instead of defending the Chelsea faithful as he had done in the past this time manager Jose Mourinho has slammed them for their support in the 2-1 home win over QPR on Saturday.

To be fair to some of the fans it was hardly the type of performance you would expect from a team that is unbeaten this season and leading the Premier League, and while Mourinho was critical of how his players performed he also had a word to say about the support of the fans.

‘Everyone knows how much I feel connected to this club and the fans,’ he told Talksport.

‘At this moment it’s difficult for us to play at home though, because playing here is like playing in an empty stadium.

‘The team then starts playing like it’s a quiet, soft game at home. It’s difficult to get that strong start where the players, team and fans at Stamford Bridge [are all together].

‘I was today looking around and it was empty, but not in terms of people because it was obviously full. That’s what frustrating.’

Watch Mourinho’s post- match press conference below where he brings up the fans.