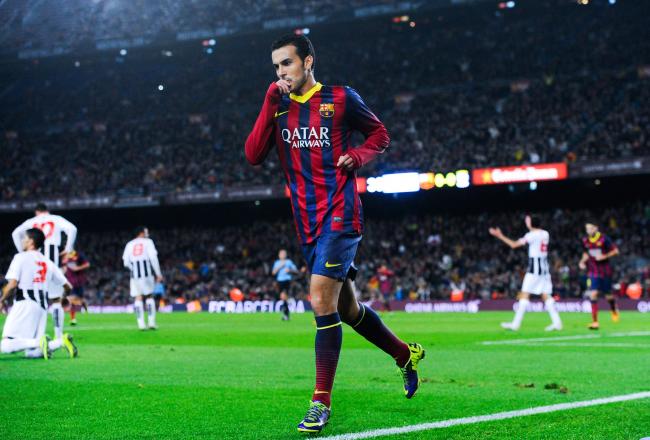 According to METRO reports coming out of Spain suggest that Liverpool is now the front runner to sign Barcelona forward Pedro during the January transfer window.

Previously it looked as though Arsenal would be the team to sign the 27-year-old, but with talk of Liverpool striker Mario Balotelli moving to Napoli, interest in Pedro has picked up at Anfield with suggestions that the Spaniard would better fit Liverpool’s high pressing game.

Since the arrival of new trainer Luis Enrique at the Nou Camp and the signing of Luis Suarez Pedro has fallen down the pecking order and looks almost certain to leave the club for around £25 million in January a price both Arsenal and Liverpool would be willing to pay for the Spanish striker.

On a side note Barcelona suffered a shock loss at home to Celta Vigo Sunday night in a match that saw Luis Suarez make his home debut while Pedro sat watching from the bench, it also marked the first time the Catalan giants had failed to score at home since their 0-0 draw with Sevilla in October of 2011.