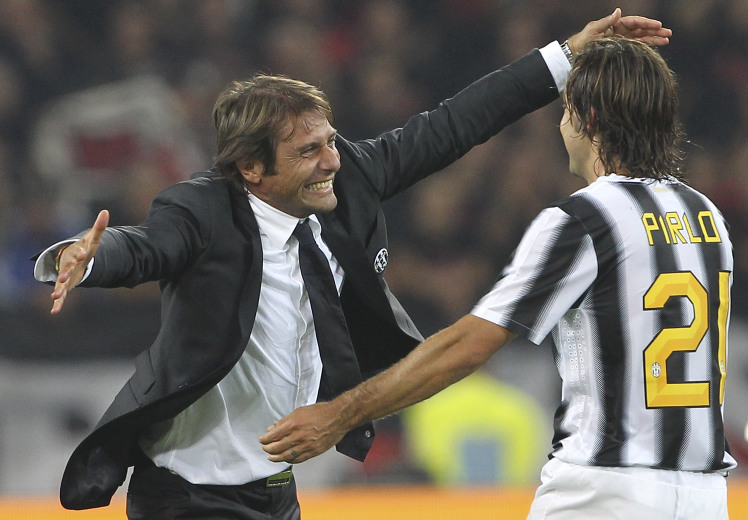 Italian football legend Andrea Pirlo has warned Chelsea that new manager Antonio Conte has an underside that they may not like.

The Italian international played under Conte while at Juventus and remains a huge fan of his style of management, but has warned the Chelsea players and owner Roman Abramovich that Italy’s current national team coach is not a man to be messed with.

‘I love the man, I have nothing but respect and admiration for him,’ Pirlo said.

‘I know if he takes a job, any job, it will have to be on his terms.

‘If you sign him as your coach and then as the owner you want to start making decisions, he is not the coach for you.

‘If you let him get on with things and do his methods, then you will have a team that plays attractive football and will, without doubt, be successful.’

As things stand right now Conte is expected to sign a three-year deal with the Blues in the next three days and move to Stamford Bridge once this summer’s Euro 2016 Championships are over.

Pirlo when on to add that the 46-year-old also comes with a nasty side adding: ‘There is a beast in him.’

‘I have been in his dressing room at half-time when we have been winning, but he comes in and will be throwing bottles of water around because of a mistake we made or because he feels we should be further ahead.

‘His life is football. It’s a good job Elisabetta is such an understanding wife, and if he takes the Chelsea job then she will have plenty of time to enjoy London, because he has two wives – Elisabetta and football.

‘I have played under a lot of great managers. But I can say that Conte is a genius. Like all men who possess genius, he is a little mad.

‘The man can be a beast, a dressing room when he is angry is one of the most dangerous places you can be.