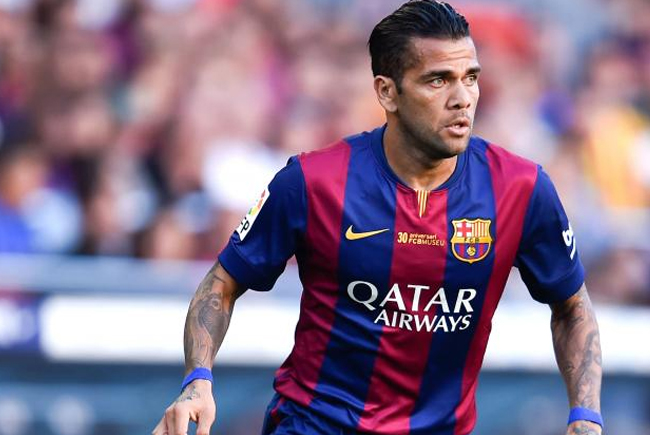 Manchester United and Arsenal target Dani Alves will be staying on at Barcelona according to Spanish radio show El Partido de las 12.

With the right-backs contract due to expire in June there has been plenty of speculation linking him with a free move to the Premiership after his agent revealed he had rejected an offer from the Catalan club to remain at the Nou Camp.

This has now apparently changed with Alves set to pen a new deal which will be announced at the end of the season.

Reports cite he decided to stay on at Barcelona for sporting and personal reasons despite knowing he could make more money elsewhere.