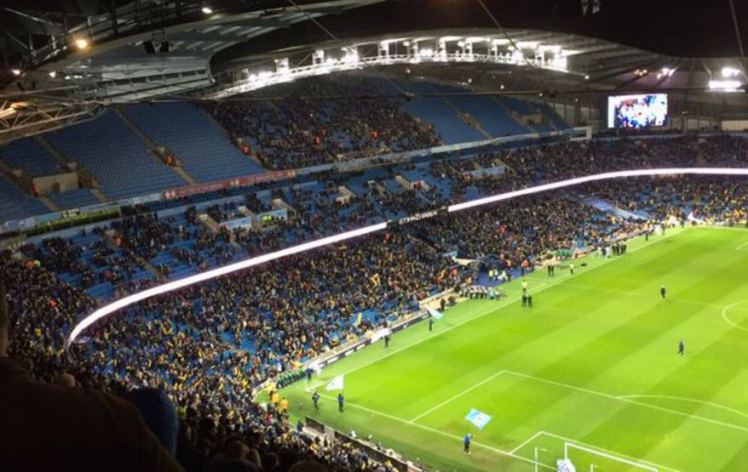 Manchester City were the battering ram of English football on twitter last night for failing to sell out the Etihad for their second-leg semi-final Capital One Cup tie against Everton.

Thousands of seats were left empty as Manchester United fans took to social media to troll their so called “noisy neighbours” on the other side of town.

Visitors Everton started the tie with a 2-1 lead from the first leg at Goodison Park, but were missing several key players for last night’s match in Manchester.

Away side Everton went into the tie with a 2-1 lead from the first leg at Goodison Park but were without many key players on Wednesday night.

Normally with your team a goal behind and a trip to Wembley to play in a Cup Final at stake you would think that fans would be scrambling to get hold of tickets, but apparently that is not the case with City supporters who stayed away in their thousands.

The match finished 3-1 in favour of Manchester City, who now plays Liverpool in the final at Wembley on Sunday February 28th.